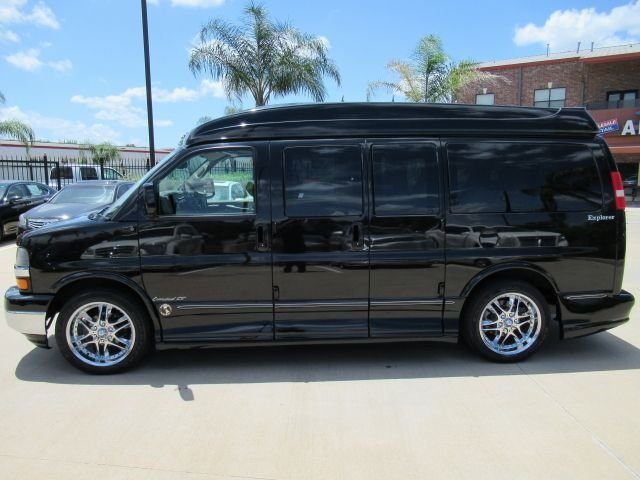 Uh, yep, I went out and bought a big-ass van – now to be referred to as the BAV.

Everyone asks me if I’m going to travel now that I’m retired. Yes! And sure, I’ve taken a couple of small trips, but I really want to do more. Plus… I love a road trip. I mean really love. So my first plan was to buy an RV and travel around the USA. There were two problems with that plan:

I REALLY didn’t want a big Class A RV the size of a bus, so an RV was out.

Next, I thought about just buying plain white work van (creeper van?) and building out the inside. Yeah, I’m super lazy these days and that sounds like a lot of work –  that’s not going to happen.

Then I said screw it, I’ll just drive my car and stay in a hotel every night. But I did the math and 3 or 4 grand a month was not going to work either.

The next idea was to adapt a mini-van. Add a bed and some storage in the back. That’s actually not a bad plan. You could do the whole thing for about $15K. I went and looked at the Chrysler Pacifica because the seats in that model all fold down flat into the floor. I would not have alter the vehicle and possible reduce the resale value. But I’m kind of a big guy and when I laid down in the back there was just not a lot of room and I felt really confined. Again, no go.

Then one day I was driving down 400 and this big black van passed me. It was made by Chevy but had a high top to make it taller inside. It seemed big, but not too big. Turns out this is a conversion van made by a company called Explorer – they been around since the early 2000s. They buy Chevy vans then trick out the inside and outside – adding stupid big wheels, nice leather interior, and even a TV and DVD player. This started to seem like an option. A little more research showed that the power back seat also reclined into a good sized bad. And they are affordable! So long story, not really short – I found a nice one in TX with low miles, flew out, and bought it. 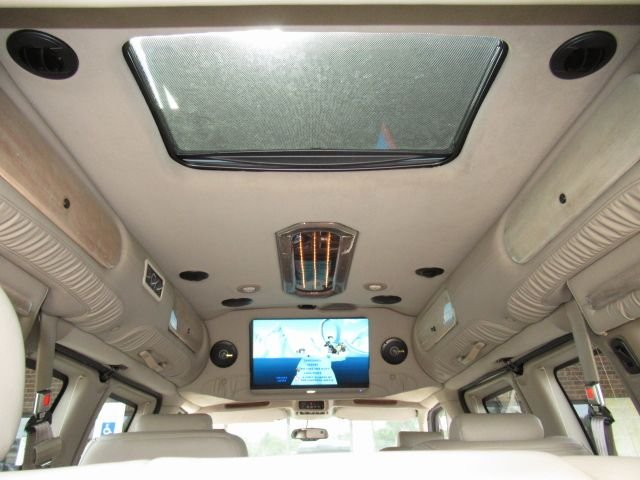 On the way home from TX I spent the night in the back for the first time and found that although the bed is plenty big enough, it is terribly lumpy and not comfortable at all. But that is fixable. So, I spend the next several months getting a few things fixed and kitting out the inside to be livable. I added a narrow mattress to the back which is super comfy, added a storage unit, got a portable power supply, removed one of the back seats, and thought through a few things like bathing and using the bathroom. I’m pretty happy the way things turned out.

So, here’s the plan. In a few days I’m going to take a trip through Alabama (North to South) and test everything out. I don’t plan to spend every night in the van – I’ll spend every other, or every third night in a hotel (mostly with points!) so I’ll have a chance to spread out and relax, recharge the power system and take a nice shower.

If all that goes well enough I plan to head out west. Since there is no generator there is no AC so I’ve been waiting until its gets cool enough at night to comfortably sleep in the van without becoming a sweaty mess. Hello October!

This isn’t something I plan to own forever. I have a few trips in mind that I want to take and then I’ll hopefully sell it for what I paid for it. I’m being careful not to do anything that could reduce the value. So as much as I’d love to take Rob Huffstedtler’s suggestion and paint a giant dragon or wizard on the side, I’ll have to show some restraint. But I did give it some serious thought…

So, there it is. Have I lost my mind or am I up for a fun adventure? Too soon to tell but I’ll try and keep everyone updated here!

This site uses Akismet to reduce spam. Learn how your comment data is processed.

Free Range Earthling is about building a fun life in retirement.

“If your children/family/neighbors aren’t a little horrified, you’re probably doing it wrong”…Read More

I'll notify you whenever there is a new post. That's it - no other emails from me.